Story of my leaking roof

I had an intermittent issue with the roof in my daughter’s bedroom who is in the converted loft space. It would occasionally have minor ceiling damage after a heavy storm. Which lead to water stains but no major leak.

Last summer I decided to get it fixed while the weather was reasonable and after taking in a handful of quotes I went for the one in the middle as he’s was quick to attend and give me a quote. I had already decided to get the felt completely replace as it was obviously failing due to being able to see it flap in high winds.

Once they turned up and started work I should have been alarmed when they said they would not need any scaffolding as they would use ladders to carry rolls of felt up to my daughter’s bedroom on the third floor across my existing roof.

Work was completed on my flat roof over a number of days and I was hoping it would resolve the problem and we could go on holiday happy that the problem was resolved. 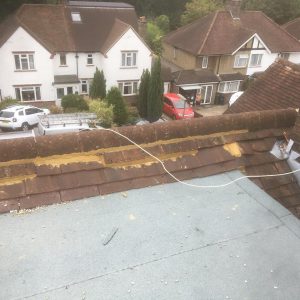 It was a few days after they left that I realized there was a problem. Water was now coming through in a different place within my daughter’s bedroom ruining the deco

r and it was not a little amount.
I could hear dripping and to my horror after opening the loft hatch where we store stuff I could see the extent of the problem. Water was pouring in working its way through all the beams and down to the next floor where I realized it was now affecting my other daughters’ ceiling.

After having them back a handful of times it was time to release me of their inexperience and get in a professional. I took my time researching the Redhill, Reigate area for roofers this time and Frankies company had a great google rating. As well as many positive reviews it was more important that no one had anything bad to say about bt roofing online. I had Frankie over and he was obviously shooked once he was on the roof and saw the shoddy workmanship that had taken place. 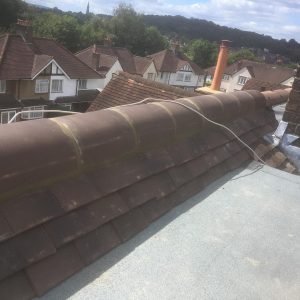 Frankie was honest and thorough in his work and got the necessary scaffolding to do the job properly.

He diagnosed the various issues and we agreed on a plan of action. I am now completely water-free and I would not go to anyone else while I’m living in the Reigate area as this lad knows his stuff.

Thanks again Frankie, from myself and my daughters

zul junus
11:15 17 Jan 22
What an amazing master roofer, professional! After commissioning another contractor for a sizeable job on a Victorian... terraced house in London hoping to get quality (when paying more so we didnt go cheap) it almost became a disaster as the contractor wanted more and more money for 'additional work'. Our family went over budget and then we decided we needed to get a second opinion as towards the end the work the current contractor done so far did not look right. Well after all the work if the roof is still leaking i know that is definitely not right. Frankie was honest straightforward and when i passed on his comments and technical information to the current contractor they could not say anything other than they will rectify the issue (prior to this they would not do it as they said it was beyond what they could do...!) My current contractor wanted to charge excessively for the additional work which didnt make sense but i told them that I have a master roofer confirming that their work was not up to British standards and the current contractor had no choice but to agree and change their mind. Luckily Frankie spotted this early as it would lead to further leaking later on had it not been rectified....We could not really trust the current contractor any longer after being helped by Frankie and so we commissioned BT Roofing to finish the job properly. The work rate Frankie has is amazing. He was punctual and worked hard all the time and even on weekends if he was available and didnt waste time loitering on the phone like other contractors and was just proud to show off his work which we were very pleased with! Cleaned up every day, and even helped clean up the previous contractor's mess... A fantastic person as well as he gave advice without a charge and any expectations. Was a genuinely good person and very able roofer and contractor, could not recommend enough!!!Thank you Frankie!read more

hayley campbell
19:51 15 Nov 21
Whole experience was a good one, from first contact, identifying the problem, getting a quote to me and works being... carried out in the time agreed and to a good standard. Even sorted a separate issue of moss and leaf build up on another part of the roof that was causing an issue on an internal wall. Would highly recommend.read more

Emile Hadian
07:38 07 Nov 21
We had frank come round to do a quote, my partner said he came across very professional and when I spoke to him he... seemed very good. I asked him to send me the quote so I can show my dad who is a builder, not a roofer . He then told me my dad was disrespecting him, so was I wanting to show my dad who is in the construction industry. He refused to send quote, or work on the property. He also put the phone down on me. I have to say it seem a wired to me he would expect me not ask my dad his advice and would not expect me to show him the quote, in industry you can get ripped off. Says a lot. It’s a shame as we would have used to him. But this totally put me off makes me question the quote.With regards to Franks comments, if I did not trust you I would not have been open and honest about the fact that I wanted to show my dad, Why would I not show my dad a quote when he is in the construction industry, I am sure when you have children they will ask your advice! I am sorry you were against me asking him and we actually liked you the best out of another quote we gotread more

Eirini Singk
14:18 30 Aug 21
Frankie is an exceptional professional from start to finish. He arrived within 30 minutes of the initial call to remove... falling mortar over a public footpath from the roof following previous work completed by a rogue trader to ensure public safety during a Sunday evening. He provided us with a detailed quote, written warranty of his work and a detailed report at the end of his findings and the work carried out. He went the extra mile for an extra work we decided to get done on the chimney. Great communication, very tidy and clean work. He kept us updated throughout the process. We cannot recommend enough Frankie and his skills!!! He is the most professional individual we have met through our house renovation with great standards of work.read more

Lisa
10:15 24 May 21
After a troubling building survey on the property I was buying, Frankie carried out a health check on the roof and lead... flashing. He absolutely put my mind, and the sellers mind at rest, doing a full check and then taking the time to explain it all to us afterwards, and any concerns we may have had immediately went away. He even replaced a slipped tile while he was doing the checks! Happy in the knowledge that we have no immediate concerns with the property, we will most certainly have Frankie carry out any work that may be needed in the future! What a really nice guy, 100% would recommend him to anyone.read more

Lee Bonniface
12:22 06 Apr 21
Excellent service on a complex roof repair and roof light upgrade. Good communication and excellent explanation of what... they were going to doread more

Karen Taylor
14:08 28 Mar 21
Thoughtful, considerate and very safety aware He takes pride in his work, his lead work is a work of art! We recieved... a follow up call from him to check the problem was solved. Reasonably priced. No rip offs (like some others tried) just an honest appraisal of the problem.read more

Katrina McGrath
21:18 05 Mar 21
Frankie carried out every aspect of the job with utter professionalism and attention to detail. Great communication,... clear quotes and a focus on quality. Highly recommended.read more
Next Reviews

Contact us today to get a FREE no-obligation honest quote 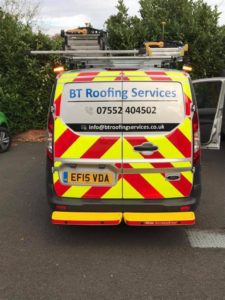